3 things to evaluate to discover the best way for you to access web data.Register for the webinar

How can we help you today?

For example, if you need your spiders to use specific versions of Scrapy and Python (let's say Scrapy 1.6 + Python 3), set the proper stack in your project's scrapinghub.yml file:

What does the stack name means?

Stack names consists of a name, a version and, in some cases, a release date:

Where can I see which stack is used in my project?

Go to your project's Code & Deploys page, select the latest build and check the value for the Stack property, as shown below:

The hworker stack is used by default for organizations that were created before 2016-06-28 12:00 UTC and is maintained for compatibility reasons only. If you are getting this stack for your new projects, please define a more modern one (scrapy:2.3, for example) in your scrapinghub.yml file, as described above.

What's the default stack used for my deploys?

That depends on when your organization has been created:

Where can I find the list of available stacks?

There are two main types of stacks:

What packages are installed in a given stack?

To see the packages from a given stack, you have to look into the requirements.txt file from the branch that corresponds to the version that you're looking for in the stack repository on GitHub.

For example, let's say that you want to know what are the packages installed on the scrapy:2.3 stack: 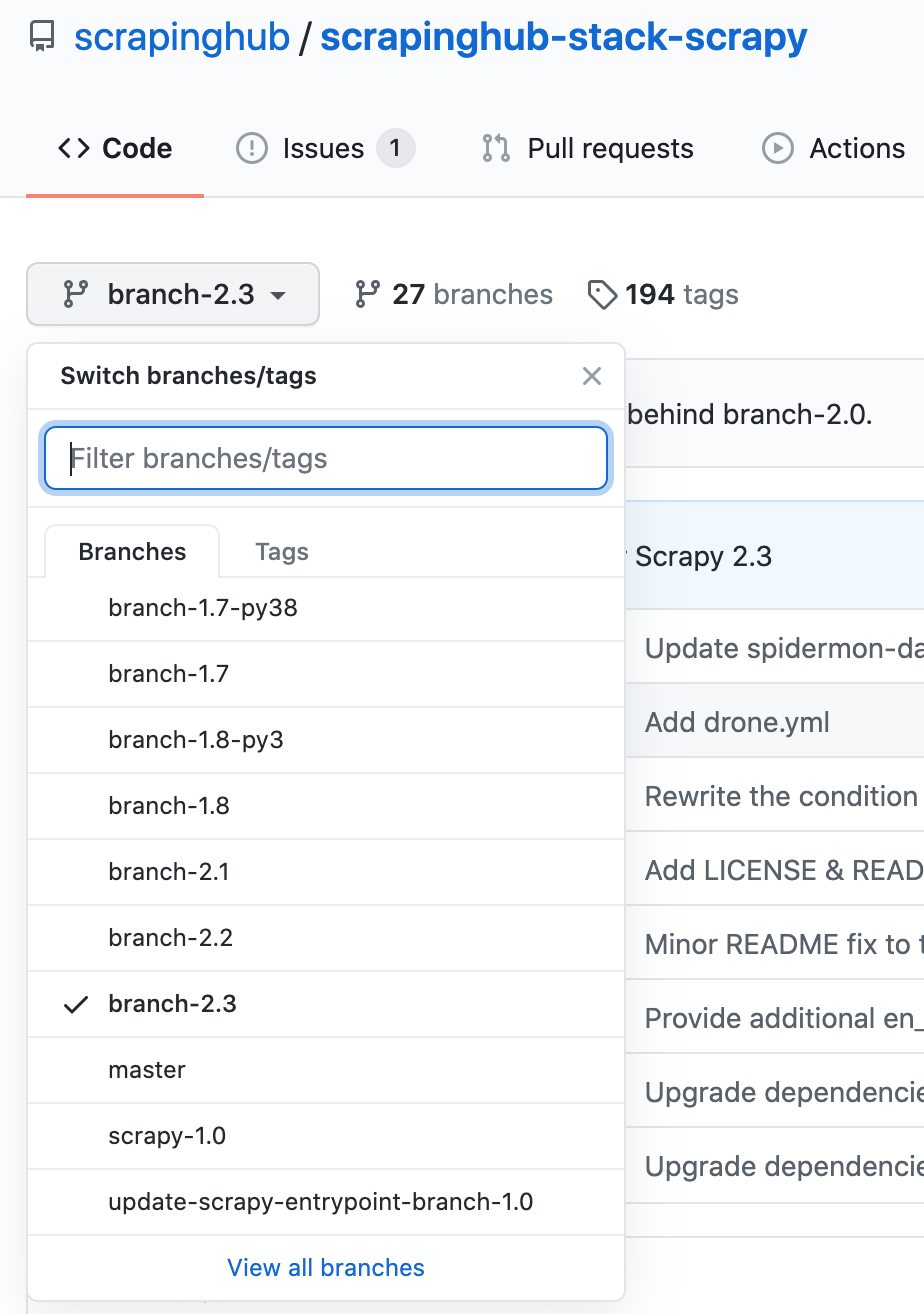 What if I need extra packages?

Did you find it helpful? Yes No

Send feedback
Sorry we couldn't be helpful. Help us improve this article with your feedback.